Our final full day in France was in Orleans, where we visited a friend. In fact it was the piano teacher of our daughters'. He's been living in Orleans for almost 30 years, having come as graduate student and worked his way up to professor of music, with all the benefits that brings - since it means being a state official. The idea was to watch a concert of his, unfortunately that did not happen.

The city of Orleans is all about Joan of Arc. There are statues to her everywhere. It also makes the place a very proud and independent city. We started our visit in the evening and had a stroll around the centre with an average dinner in a Thai fast food place. We did get a glimpse of the cathedral down the main boulevard. 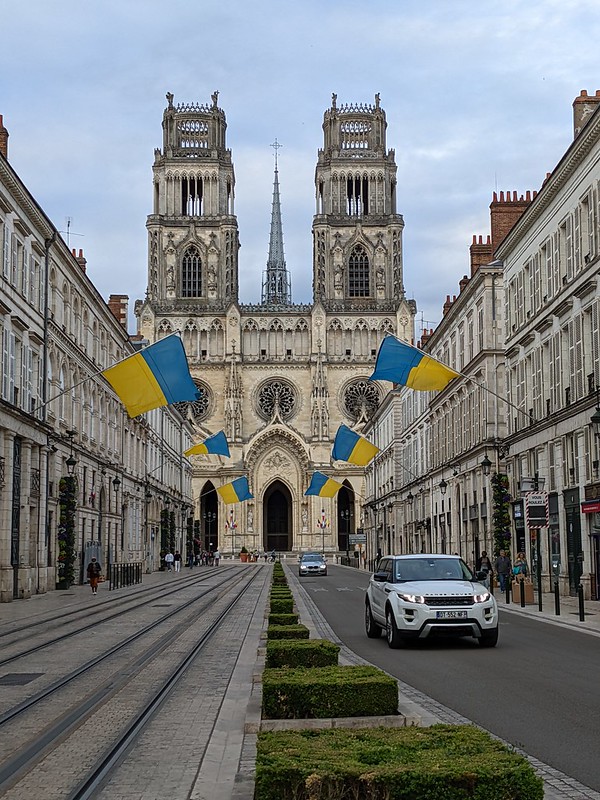 The next day was a guided tour of the city with our friend. It started off with the main statue of Joan of Arc on the main square. Before heading to Groslot gardens and past Hotel Groslot. 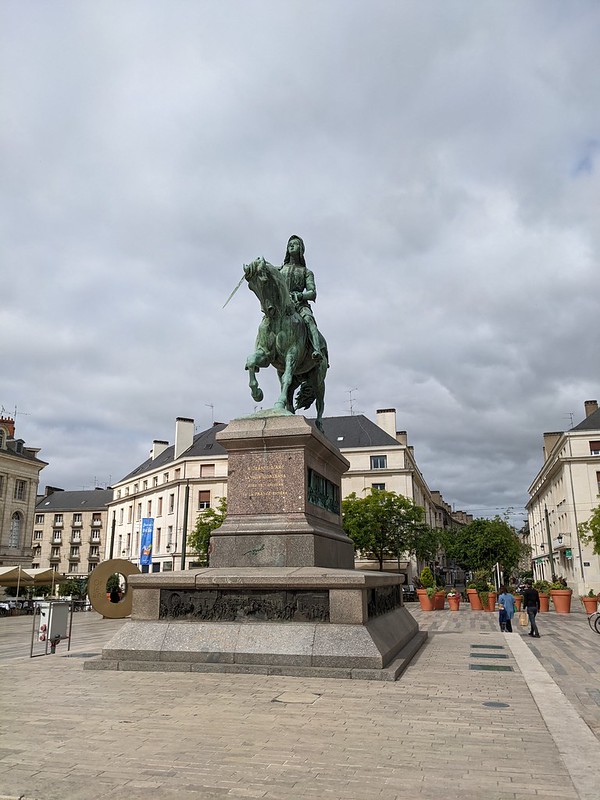 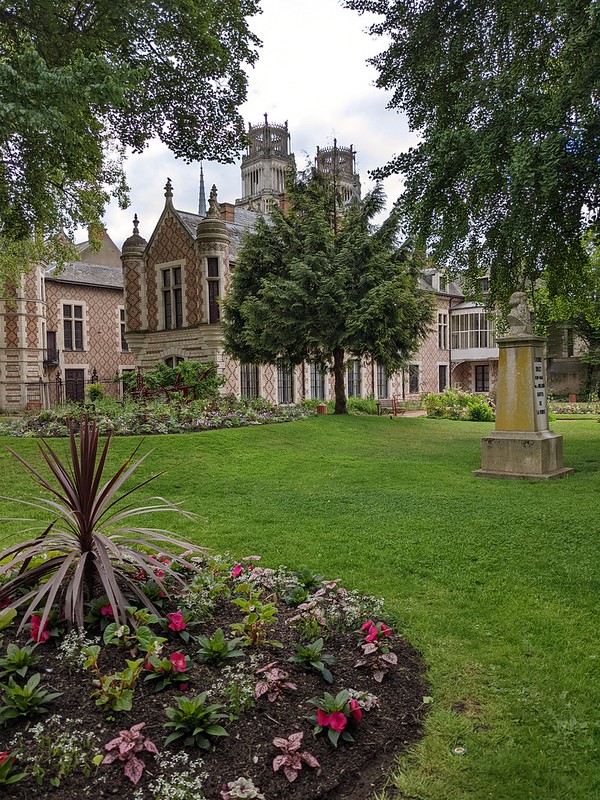 We then headed into the Cathedral, which has Joan of Arc's story pictured in it's stained glass windows. You could also see all the local family crests hanging on the sides of the main area within the cathedral. Proud of their local heritage they certainly are. 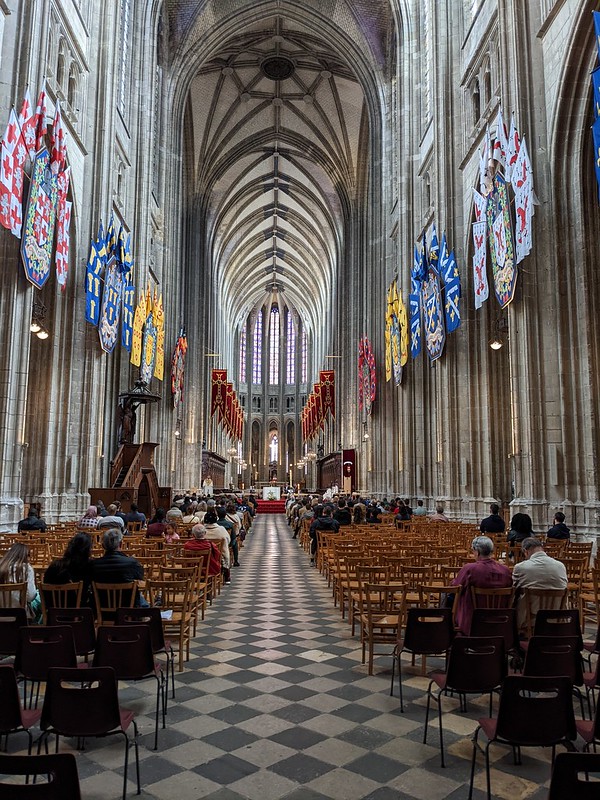 We strolled around the city some more, which has been well restored - apparently the centre was totally rundown and unliveable off the main streets thirty years ago. Now you can see lots of beautiful old houses with their wooden beams. 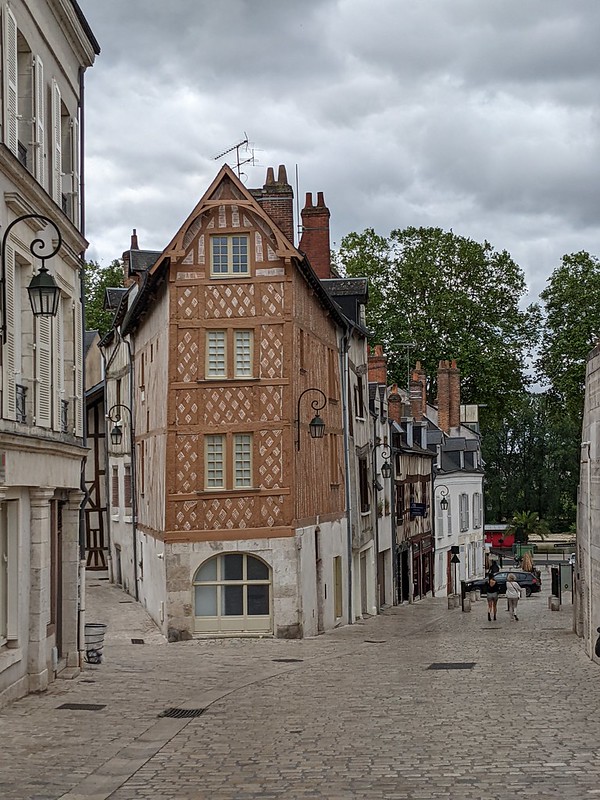 In the afternoon we decided to visit the museum of fine arts, just next to the cathedral. Fine art and looking at portrait after portrait of unknown people by artists you have not heard of is not my thing, but it still took me a good two hours to walk round the whole place. If fine art is your thing, this is apparently one of the best such museums in France, after the Louvre of course. Here are the two pictures I liked most. 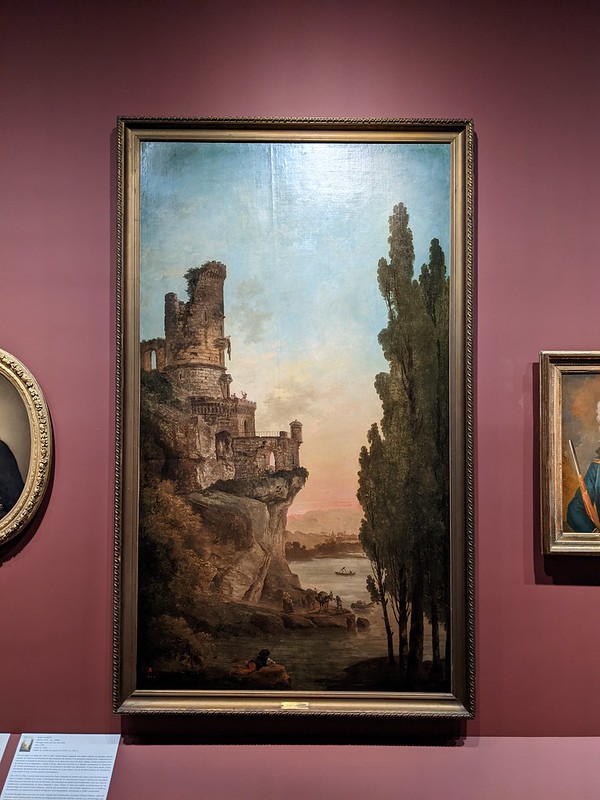 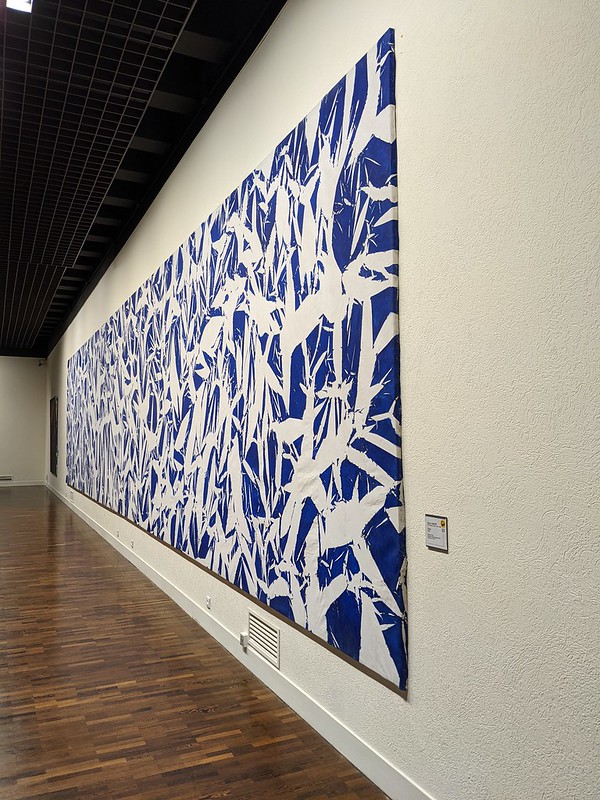 And so ends our week in France. The next morning we drove home. We thought we might stop in Reims and the Champagne region, but that will have to wait for another day - the weather was not playing nice.

The drive home was great. Due to the tolls, the French motorways are apparently not so busy away from the main cities. I put the car in cruise control and basically didn't have to touch the brakes or the accelerator, except for toilet stops.

Of course this comes at a price - just over 50 Euros once we exited the toll system near Metz, and hit the more overloaded, but free, part of the motorway.